Software robots are on the rise: Here is your complete guide to Robotic Process Automation (RPA)

What is Robotic Process Automation?

Robotic Process Automation is a software-based technology utilising software robots to emulate human execution of a business process. This means that it performs the task on a computer, uses the same interface a human worker would, clicks, types, opens applications, uses keyboard shortcuts, and more.

It is predominantly used to automate business processes and tasks, resulting in reductions in spending and giving businesses a competitive edge.

RPA is versatile and flexible enough to be used in a business of all sizes, from start-ups to enterprise organizations. Here is a rundown of the two common types available in the market:

How does RPA work?

Automation technology has been a staple of business for the last decade, but in recent years, RPA technology has reached an impressive level of sophistication while retaining ease-of-use. It is no longer a tool that is solely used to facilitate the automation of simple and repetitive IT tasks. RPA is maturing, and with the convergence of other technologies – such as artificial intelligence and machine learning (ML) – we are beginning to explore new possibilities. 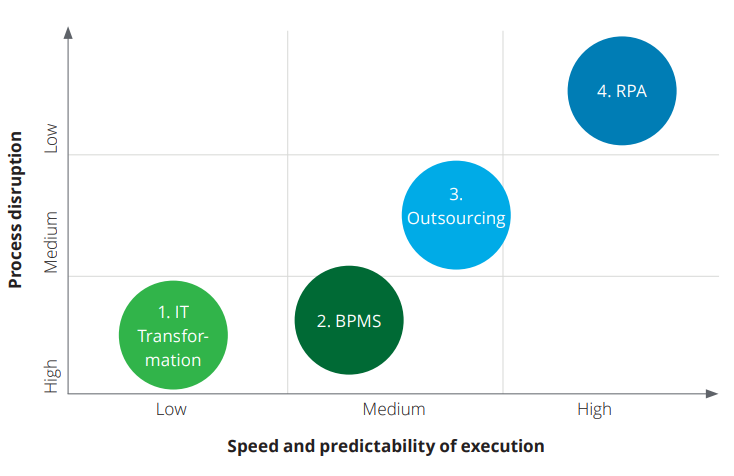 The potential for the benefits of RPA are considerable – but the risk is that with any new technology, it won’t be thoroughly understood, and projects will not make the best use of the approach. At RPA Live 2018 (available to watch now), Guy Kirkwood of UiPath talked about avoiding the temptation to get into RPA when other solutions would be better – and why there are some issues that only RPA will solve.

RPA is a broad field and there are a wide array of technologies in the market that greatly differ from one another. However, most RPA products will comprise of RPA developer tools, a controller and the robot itself.

Businesses can leverage RPA in a multitude of different ways. Flexible and easy to implement, some businesses may find that they use it in a way that is unique to their organization. Determining what processes should be automated is a key strategic point. There is no point in automating a process just for the sake of it.

Whilst it is great at driving operational excellence, some processes are more viable for automation than others. It is always a good practice to roll out RPA slowly to mitigate teething issues that often come with technology implementation. The most viable candidates for automation are those that tend to process in a way that is simple, repetitive and easy to define. These processes will likely be rule-based and comprised of easily definable structured data.

Summary: RPA is the application of software as a virtual workforce. It is governed by set rules and business logic set by the RPA developers. It can perform complex tasks just as a human worker would, emulating interaction within a GUI, giving developers the opportunity to create a workforce that mimics the same manual path that a human would take at a fraction of the cost.

What do the experts say about RPA?

One of the perceived drawbacks of new technology is that it requires experts to operate it and it often fails to be backwardly-compatible. RPA, however, has the power to work more easily with non-technical users and legacy systems than has been previously possible.’

‘RPA should not only execute repetitive, rules-based processes at a fraction of historical costs, but it should also be capable of being implemented by non-technical users and compatible with all other enterprise systems. This will ensure organizational and technological disruption is kept to a minimum—resulting in lower TCO and faster ROI.’

She continues: ‘The benefit of RPA for the customer is they get a quicker service that is done accurately and without human error, our teams benefit from RPA because they don’t have to do mundane data-entry tasks and can move to more value-added tasks.’

Rob King, author of ‘Digital Workforce Reduce Costs and Improve Efficiency using Robotic Process Automation’, says: ‘Robotic process automation (RPA) is the application of technology that allows employees in a company to configure computer software or a ‘robot’ to capture and interpret existing applications for processing a transaction, manipulating data, triggering responses and communicating with other digital systems.’

Let’s break this definition down into bite-size pieces:

Also, King writes that ‘Most modern automation vendors are the natural evolution of End-user computing (EUC); they provide simple business tools that allow consistent, repetitive tasks to be automated across an increasing number of different underlying applications.

‘The genius of RPA is that it can use exactly the same interface as a person would use sitting at their PC. You’re no longer limited to connecting a few applications but now almost anything that runs on your Windows PC can be accessed via these new RPA products:

More and more companies are planning to implement RPA going into 2019. As it becomes more widespread, the uses for it will become more varied. We are already seeing signs that RPA is being used beyond data input. It can be used for other time-consuming processes such as email recognition and file conversion. It will incorporate machine learning and cognitive algorithms to apply increasingly accurate judgement and learn how to perform processes at a faster rate. It will also likely reduce outsourcing as RPA becomes a cheaper solution. 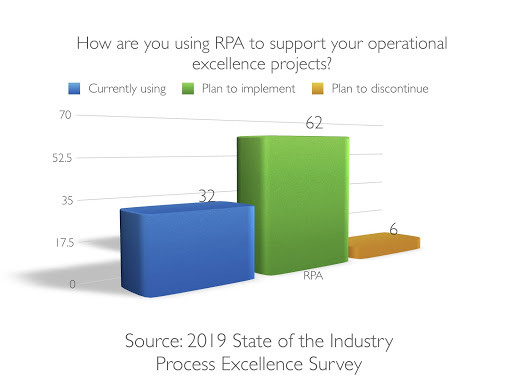 One of the major discussions in the technology world at the moment is how human jobs will be affected by RPA. Critics argue that the widespread elimination of jobs will occur and that working environments will be turned on their heads.

There is no denying that some jobs will be replaced by RPA – the most likely candidate being data entry keyers. However, this would be ignoring the wider picture as there are a wide array of job roles that may emerge as a result of RPA. Historically, new technology has almost always resulted in the creation of more jobs, and the widespread incorporation of RPA will be no different. For example, RPA engineering and RPA developers are roles that wouldn’t exist without the technology.

It won’t just create new jobs. It also has the ability to enhance current jobs, by providing human workers with the necessary robotic process automation tools to focus on high-value tasks.

Where to learn more about RPA

Recover data where it is, as it is, to increase awareness of existing process and to ensure compliance with an ever-changing ...